1.1.  Consulting and Research Studies.
In the field of consulting, related projects have been carried out for the development, regulation and implementation of the Smart Home and, in a broader sphere, the Community and Digital City (Smart City). Among the most important we can cite the following:

> Anexo V del Reglamento de Infraestructuras Comunes de Telecomunicaciones  (346/2011)
Commissioned by the Ministry of Industry, Tourism and Communications of the government of Spain to include it in Royal Decree 346/2011 (BOE March 11, 2011).

> Project “La Catedral de las Tecnologías”
Carried out for the Madrid City Council, it was intended to define the structure, content and economic viability of what will be the brain of the capital’s technologies.

> Guía del Hogar Digital
Project carried out within the Plan Avanza[3] for the realization of a professional user guide of the services and technologies of the Digital Home. 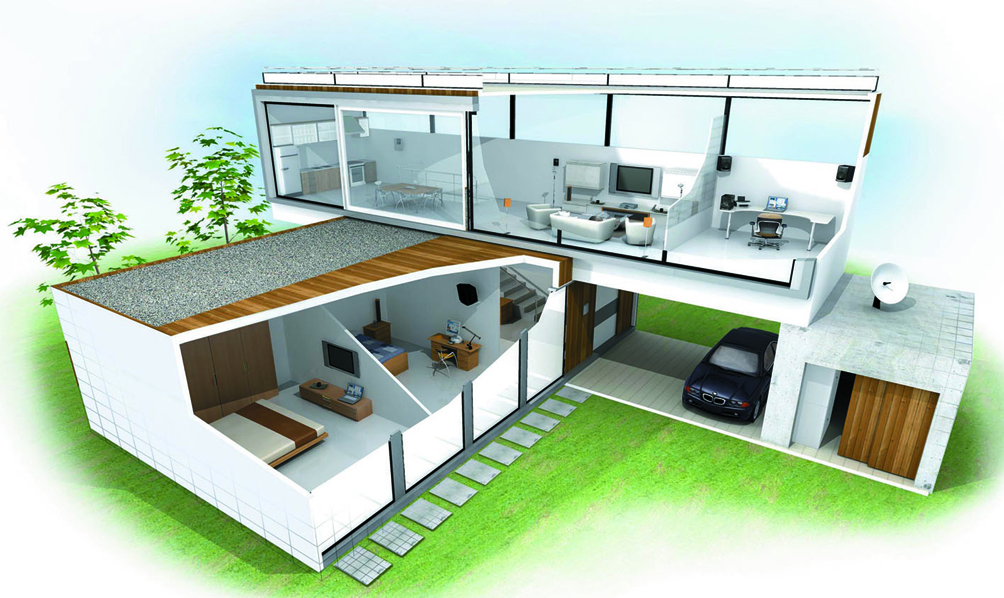 > Smart Home Viability Project in Rehabilitated Housing
This project is intended to demonstrate the viability of introducing the Smart Home in the rehabilitation of homes, especially those with a low level of construction and purchasing power of its occupants (Plan Avanza years 2011 – 2013).

> Smart Home market studies
Market Studies carried out in 2004, 2005, 2008 in order to show the evolution of technologies and new associated business models.

1.2.  Engineering and projects
Together with different partners, Navarrosa has carried out different engineering projects, both in fairs or permanent pilots and in real homes. Some examples are included.

> Comunidad  Digital – IFEMA
Navarrosa designed and carried out during the years 2004, 2005, 2006 during the SIMO (IFEMA) IT and telecommunications fair, the Comunidad Digital, a complex of services, technology and business model for the implementation of a Smart City.

1.3. Congresses and Conferences
The company has created and coordinated conferences for several years, both related to the Digital Home and Smart Cities, participating and giving conferences in many others related to technologies.

> Smart Home days
Carried out during 2009 and 2010 throughout more than 20 Spanish cities.

1.4.  Research & Development
It has participated in projects and prepared project proposals for national R+D & I programs (Plan Avanza) and European (EU Framework Program), as well as the dissemination of its results, the most important of which include the following.

1.5.   Formación
Since the beginning of Navarrosa, numerous training projects have been built and courses and conferences have been constantly held to train and disseminate new construction concepts associated with ICT technologies.

ASIMELEC is the acronym of “Asociación Multisectorial de Empresas de Tecnologías de la Información, Comunicaciones y Electrónica”; an association founded in 1984 and representing some 3,000 companies from the Information and Communication Technologies macro-sector, ICT in Spain. The different fields of work were organized by commissions. Thus, in 2004 the Digital Home Commission was organized, which had more than 60 companies and institutions.

AMETIC, the result of the merger of ASIMELEC and AETIC employers of the ICT sector, is the Association of Electronics, Information Technology, Telecommunications and Digital Content Companies of Spain. It integrates and defends the interests of its member companies and associations in Spanish and international institutions, whether public or private. It acts as a spokesperson for its associates before society. AMETIC is one of the most important business organizations in Spain, in which more than 5,000 companies are integrated, making the largest contribution to the private effort in R & D & I in our country.

PA is the acronym for “Plan Avanza”, financing within the framework of the Strategic Action for Telecommunications and the Information Society, within the National Plan for Scientific Research, Development and Technological Innovation whose objectives can be summarized as follows: 1. Increase the advanced use of digital services by citizens 2. Develop the technological capabilities of the ICT sector 3. Promote the incorporation of information technologies in companies, mainly small and medium-sized (SMEs). 4. Strengthen the digital content sector 5. Develop green ICTs.